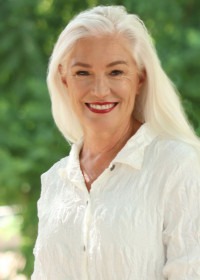 Dr. Wilson, who founded the practice, is a gynecologist certified by the American Board of Obstetrics and Gynecology. Following completion of her medical degree at George Washington University Medical School, she completed five years of specialty training at Fairfax Hospital in Virginia, and St. Joseph’s Hospital in Phoenix.

For the 12th year in a row, in the 2020 Phoenix Magazine medical survey, Dr. Wilson’s peers have honored her for excellence in gynecology. The survey compiled results exclusively from Arizona physicians, amplifying the honor.

Dr. Wilson undergoes re-certification in her specialty each year, and stays current with the latest advances in the field by regularly pursuing continuing medical education.

She has served as Secretary-Treasurer of the Scottsdale Healthcare Shea Medical Center and has twice been Chairperson of their Obstetrics and Gynecology Committee.

Dr. Wilson has distinguished herself in the field of minimally invasive gynecologic surgery. Besides her physician’s duties, she taught a popular national course on laparoscopic hysterectomy in conjunction with Olympus America for 6 years. She and her team trained over 1,000 Gynecologists in the techniques they developed from the ground up.

Over the past 12 years, Dr. Wilson and her surgical assistant have performed nearly 12,000 laparoscopic hysterectomies.

As her patient population transitions to a more mature clientele, she has become aware of the unwanted effects of aging in her patients. Her interest in aesthetics and treatment of menopausal issues has been sparked. The emphasis that this practice has placed on addressing the sexual and physical difficulties that come with menopause as well as concerns about the cosmetic effects of aging is much appreciated by her patients.

Dr. Wilson is a dedicated animal rights activist and a vegan. She has published numerous editorials on animal rights and welfare, and been featured on television for her dedication to the cause. She recently wrote a chapter in a newly published book, Rethink Food. And she was also featured on an MSNBC television segment of “Making a Difference.”

A Passion for animal rescue

Dr. Wilson is the founder and director of Feathers Foundation and the Circle L Ranch. The Feathers Foundation is a non-profit foundation devoted to the rescue of dogs, cats, horses, cows, goats, sheep, and chickens who would have otherwise been abandoned, euthanized or slaughtered. The Circle L Ranch is a 30-acre ranch located in Prescott Valley, Arizona. The ranch houses more than 15 horses, 100 goats and various chickens, sheep, geese, a rabbit, and a mule. The ranch also functions as a shelter and sanctuary for old and young dogs who are rescued from euthanasia. An active volunteer ne